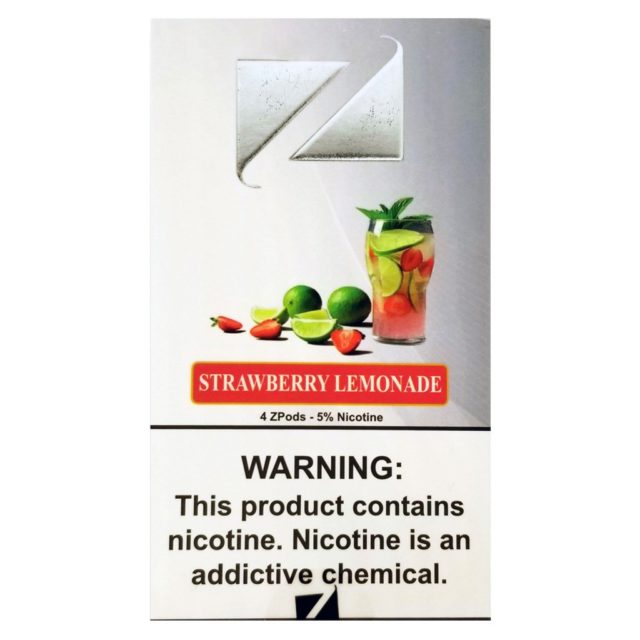 Smoking Mi-Pod is the latest addition to the world of pod vape systems. Not familiar? Well, Smoking Vapor is none other than the name behind the well-known Mi-One AIO unit.

With the immense success of the Mi-One, Smoking Vapor has followed up with the Mi-Pod. Many are wondering whether or not the brand will be able to maintain its top quality and performance?

Let’s find that out in the review below. Ready?

The Mi-Pod can easily be hidden in your hand, which makes it suitable for vaping discreetly.

The mod, which has a rounded edge and flat side, features a small power tab. To turn the device on, simply click that protruding button five times rapidly. But you do not need to press anything to start vaping, thanks to its draw-activated feature.

It has a LED light indicator inside to show the battery level. A red light indicates low battery, purple for 50% battery, and blue for a full battery.

You can also set the mod in stealth mode by holding the power button for 5 seconds until light flashes twice. With this option, battery lights will not flash if the user takes a puff.

The kit comes with two empty juice pods, which are refillable and replaceable. There are two window cut-outs on the side to make the e-juice level visible.

The pods are plastic and are a bottom-filled cartridge. It has a moveable silicon grommet underneath used to fill the pod and prevent leakage. Since it is transparent, you can see the coil and organic wick cotton from the outside. They can be refilled with either nicotine salts or freebase nicotine vape liquids.

Want a tighter draw? Mi-Pod has two tiny silicon plugs, which are meant for the two airflow holes on the pod. You can plug one or both if you want a tighter and more restricted draw.

The Mi-Pod comes in plastic and metal plate versions. Aesthetic-wise, one of its downsides is that the exterior is prone to scratching and fingerprints.

Using the Mi-Pod is not complicated. It functions as simple as it looks.

To use it, simply fill the pod, close the tank, and install it into the unit. Then, turn the mod on by clicking the power button five times. Voila! You are now ready to vape.

Vaping commences the instant you start drawing vapor from the mouthpiece. Sometimes, the sensors are not as sensitive on the first inhale, so give the device a second chance.

The Mi-Pod is packed with coils with a resistance of 1.2ohms. It is apparent that Mi-Pod is for mouth-to-lung (MTL) vaping and restricted direct lung hit. The resistance of the device ranges from 0.5 to 3.5ohms.

The pods come with silicone inserts, which help reduce the airflow when placed in the airflow channel. Unfortunately, these inserts can be a little challenging to handle, especially fitting them into the small, semi-rectangular air holes. Careful with the handling as it is easy to lose them and difficult to find.

Overall, Mi-Pod is suitable for both MTL and direct-to-lung draws. The coil is good for at least seven refills, although its lifespan may decrease if you use sweeter or darker e-liquids.

The Mi-Pod is packed with an impressive internal 950mAh battery that runs on direct output. Its operational voltage ranges from 3 to 4.2 volts. You can enjoy up to 13.5 watts when fully charged and 7 watts as the battery power depletes.

The kit includes a Mi-Pod starter kit, two 2mL refillable pods, a micro USB charging cable, and a user manual. This device is available in different colors namely black sand, digital pink, pear dragon, and sea dragon. You can buy the Smoking Vapor Mi-Pod at smokly.com for as low as $42.99.